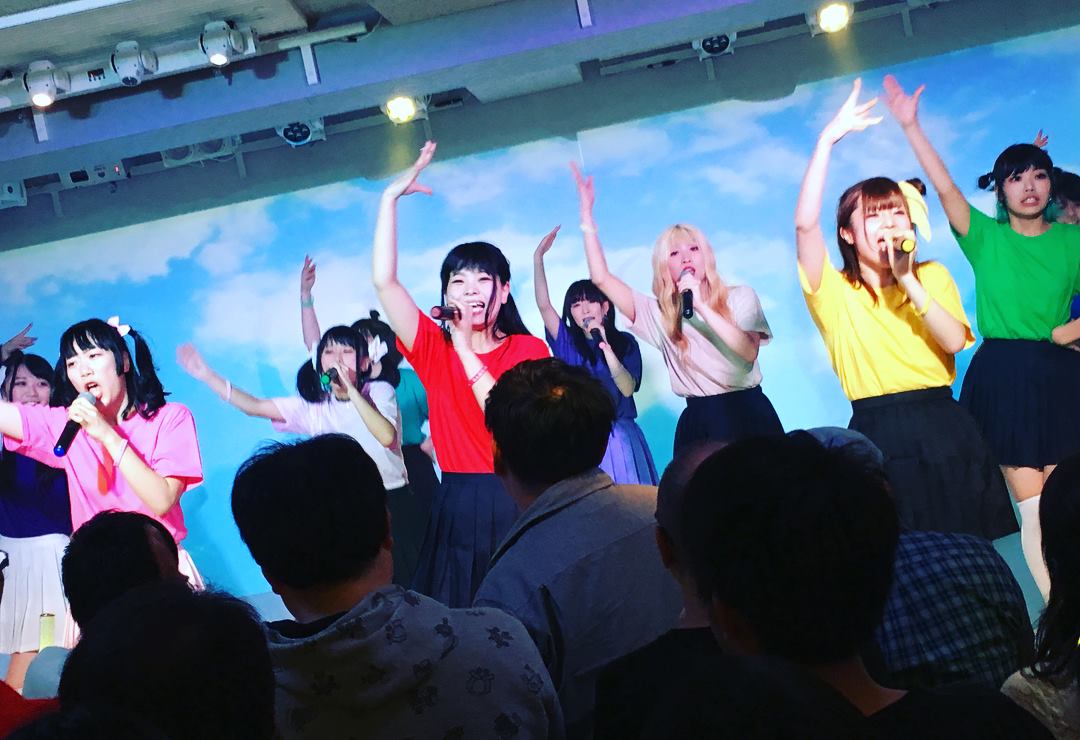 Fairytales! (ふぇありーているず！) is a Nagoya based band/idol unit that debuted one year ago at the time of writing this. Living there at the time, I was lucky enough to be able to attend their debut live and check out the group from the very beginning. To my own surprise, the group was brought over to the Philippines in April to be one of the opening acts at MNL48’s first concert. Since then, they’ve gained some attention outside of Japan, so I figured they are now a little more relevant enough to write about. So without any further ado…

Fairytales debuted as a twelve member group on May 20th, 2018 at Fairy-tales Nagoya located in Nagoya, Japan. The group’s concept is described as “rockband idols that have jumped straight out of fairytale land”.

The group is managed by Project-t, which owns Fairy-tales Nagoya, Yagoto Soundnote, and the rehearsal studio in the same building.

There was actually a large amount of hype around the formation of the group. A handful of the members debuting in the group were actually idols that were returning back to the idol scene after graduating from various other groups.

I was excited to see them for that reason as well. Runa Hoshino, a previously graduated member of Hachimitsu Koutei, was the reason I was there (That and because I literally lived like five minutes away from the venue).

Before Sana Takeshita joined Hachipera, Runa always grabbed my attention. She has a really cute smile. I recognized a lot of the old Hachimitsu Koutei fans there as well, so it was cool to see them reunite with Runa.

Overall, the group had pretty strong support straight out of the gate. However, just like what happens with every new group, a couple of members begin to drop for various typical reasons. There is certainly some tea on a couple of the members out there on 2ch, but as the claims cannot be confirmed, I won’t bother even mentioning them. With that said, the members they have now seem to be a decently strong core.

Here are the current members: 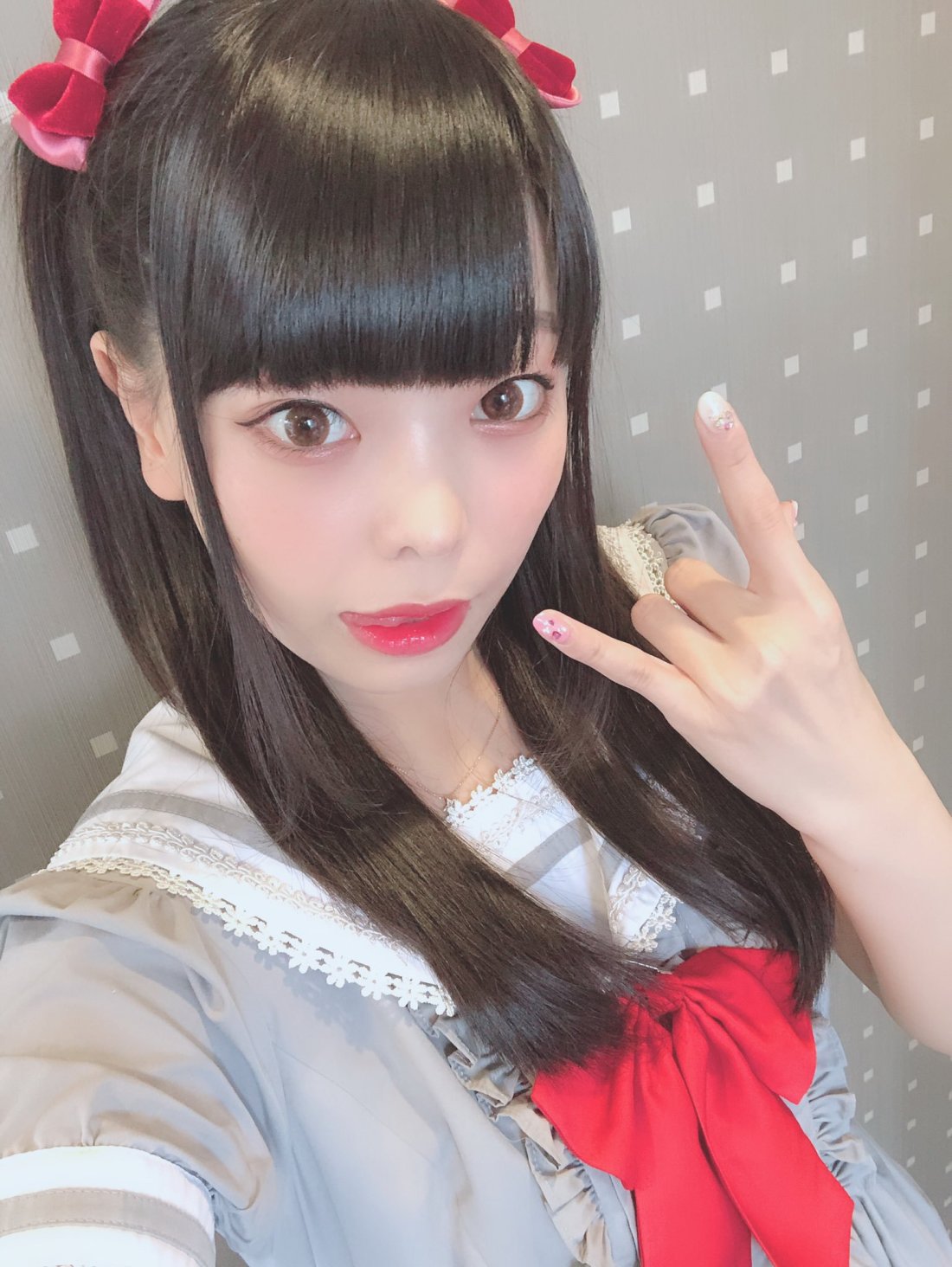 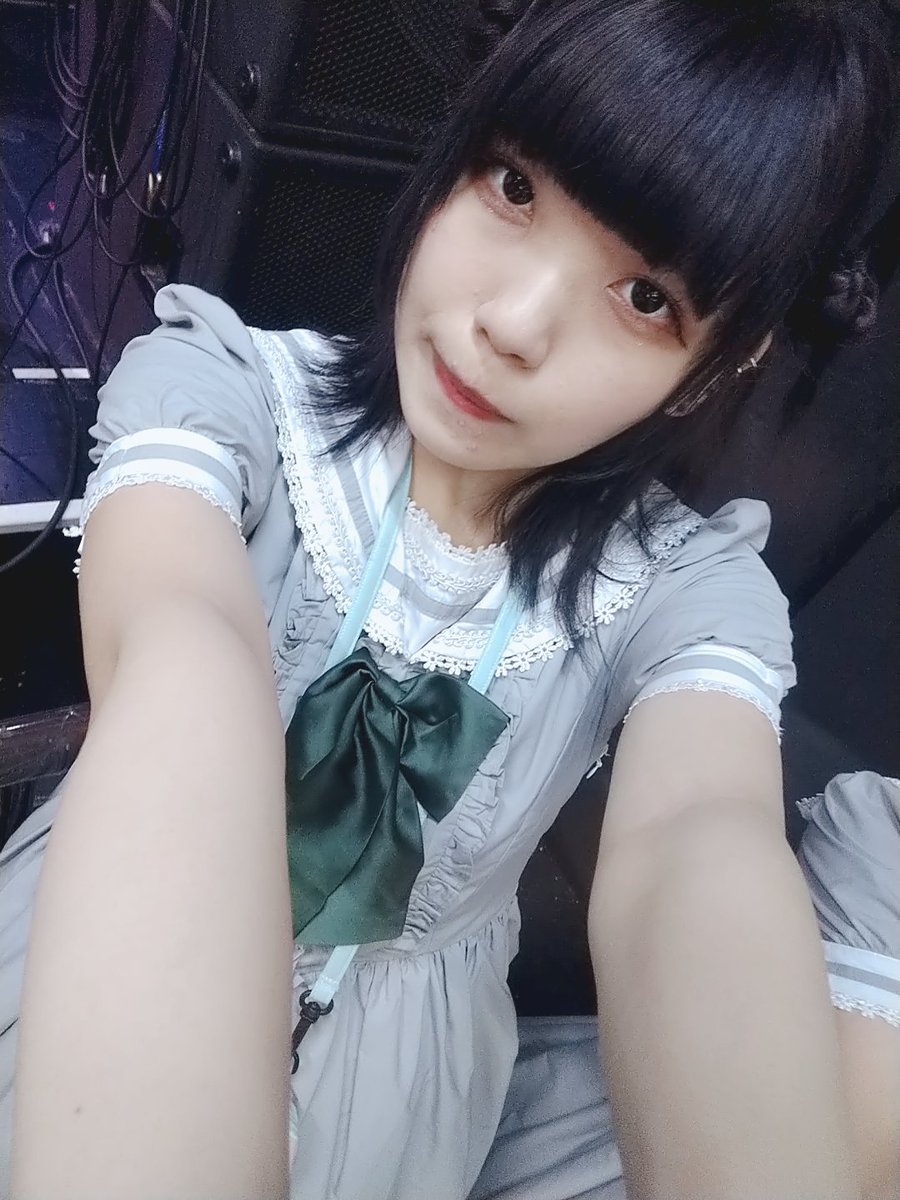 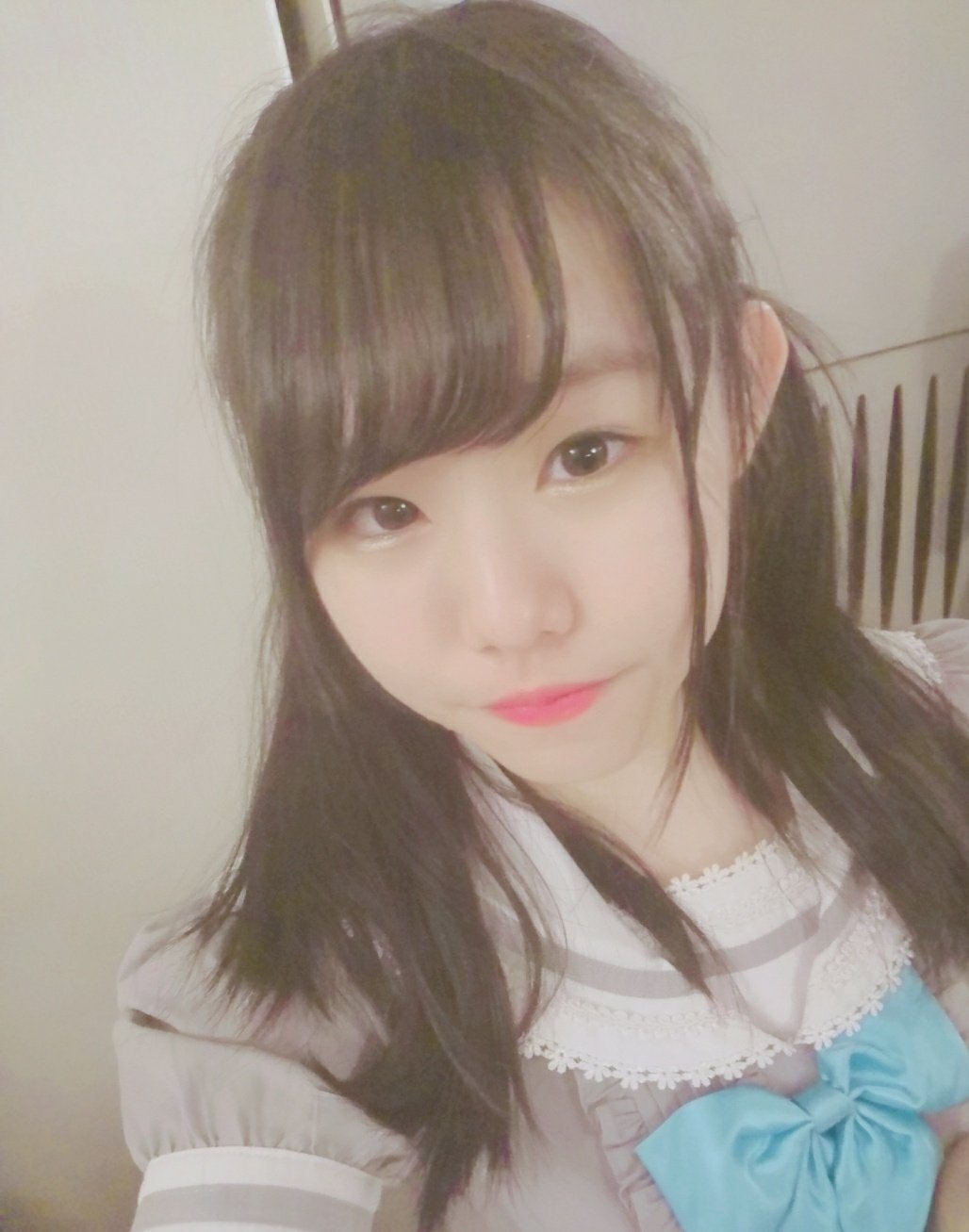 The debut live was a pretty fun event to attend. The girls prepared a fun game for everyone attending to play. Each of the girls performed in both small units and as a whole group in rotation throughout the live. It allowed them to display their interests and showcase a number of talents within the group, and I thought that was pretty cool. At one point during the live, one of the members ended up accidentally ripping her costume top down the side. One of the members had to pull her aside and help fix it. I felt so bad for her, but she was able to laugh it off. It certainly made for a performance I’m sure she’ll never forget. I know the people attending won’t. Haha!

So overall, if you ever catch them in Nagoya or at an ensei around Japan, I definitely think they’re worth checking out!

There are a lot of “bandol” groups out there, but Fairytales are able to live up to the concept as they have their regular teiki lives at Yagoto Fairytales which is conveniently supplied with instruments. You don’t always get to see that with bandol groups who are constantly playing at different taibans.

I also find it pretty impressive that within less than a year, they were able to travel outside of Japan to perform.

Fairytales appeared on the live of MNL 48 on April 6.
We want to return to the Philippine stage again.
Please follow me and spread us to many friends.
I am looking forward to seeing you.#fairytalesjp#japanese idol#MNL48 pic.twitter.com/b1PgGy15UY

If any of the members grab your interest, be sure to give them a follow! Maybe you’ll find yourself seeing them at some point!

And to those who imagine they will see the group fairly often, definitely take advantage of their stamp card system! You can win some exclusive prizes after reaching a particular amount of stamps! 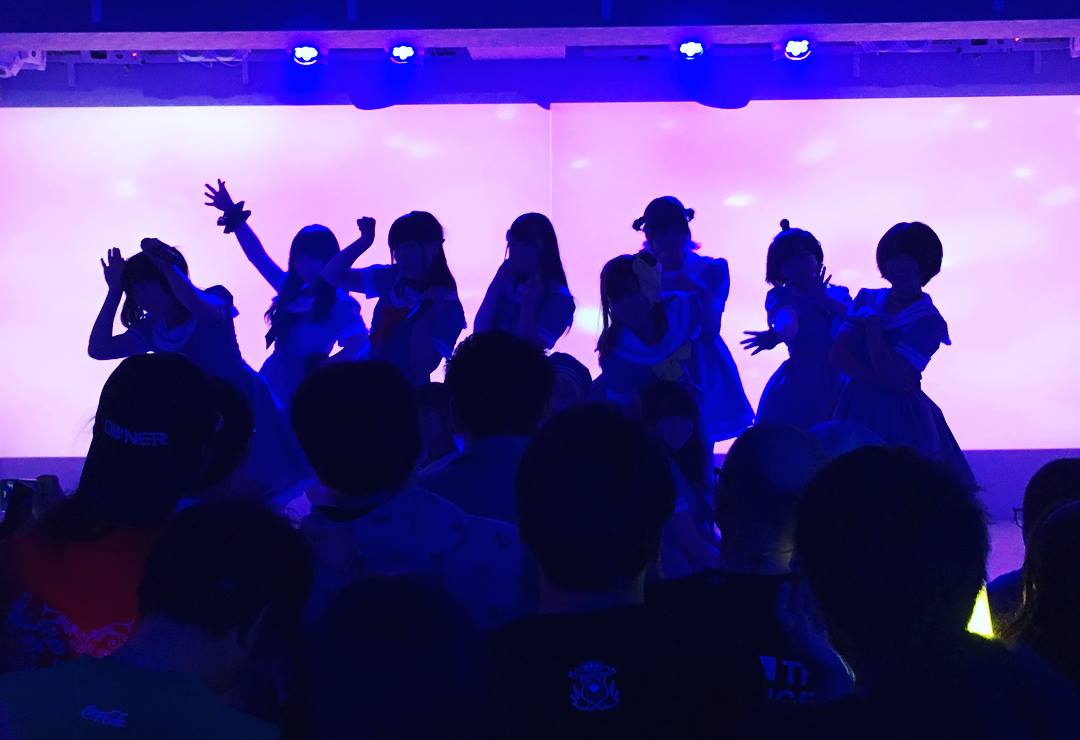 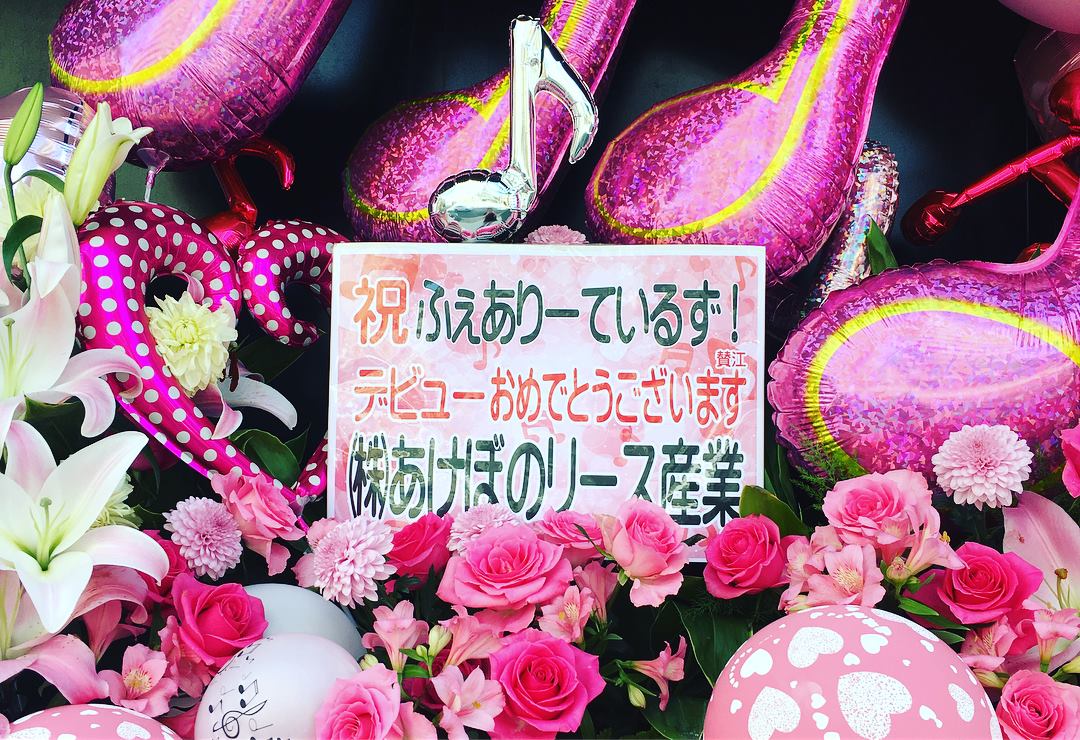 Thank you for reading!

View all posts by L